Warning: Declaration of shailan_CategoryWalker::end_el(&$output, $page, $depth, $args) should be compatible with Walker::end_el(&$output, $object, $depth = 0, $args = Array) in /home/customer/www/attractandcaptivate.com/public_html/wp-content/plugins/menu/shailan-category-walker.php on line 0
 Why Didn’t He Call? Should I Text Him First? - Attract and Captivate 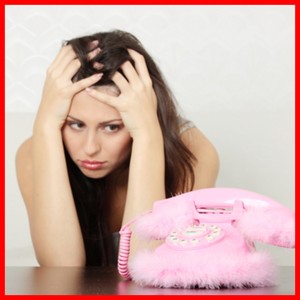 Since before the time of Alexander Graham Bell’s telephone, and beyond the invention of SMS many centuries later – the basic dating questions posed by women have remained pretty much the same, albeit with slight variations owing to emergence of better technology.

From “Why didn’t his letter arrive in the mail today?” to “Why didn’t he call?”, “Will he call me again?” and now to “Should I text him first?”, the easier communication becomes with advancements in technology, the more pressing these questions seem to become.

The simple truth is – there is no single one-size-fits-all answer. There are as many reasons, and resulting ways to deal with such situations, as there are men in this world. Their reasons may range from valid to excuses to simply nonsensical. However, in the interest of acquiring knowledge through information, below is a list of the most common reasons behind why he didn’t call.

Why He Didn’t Call Scenario #1: To Not Seem Too Eager

While it may seem silly to most intelligent women, this particular reason is especially true when a man has just met or is in the early phases of dating a woman. Men are just as afraid of being taken for granted as women. Consequently, the impression that many men hope to set in the eyes of a potential long-term partner is of having a stable and time-consuming life outside of that dating relationship. Men want to seem in control, especially in the early phase, since they hate being vulnerable or being left at the mercy of the woman. While the first reaction in women may be that something has gone awry between the two of you if he didn’t call back, that’s rarely the case. If a man hasn’t called yet, just give him space and know that you’ll catch up eventually when he does get in touch. In the meanwhile, enjoy your ‘you’ time while you still have some.

Why He Didn’t Call Scenario #2: He’s Just Not That Into You

Although we hope that this may not be a situation you find yourself in, it does happen that a man doesn’t call because he just doesn’t feel that flame with you. However, don’t leap to this conclusion too soon. But, if an appropriate to significant amount of time has passed (say: a week at most), and the two of you have had very few dates, then this may be the case. This again occurs in the early stages of getting to know someone, and mainly happens because it’s at a point when the man feels he can cut off contact without feeling answerable for it since the two of you have no obligations to each other yet. In such a situation, don’t text him back simply for the sake of answers or closure – since there will be none satisfactory enough to give you that. Just be thankful that it happened early on since you deserve someone who’s unabashedly crazy about you.

Why He Didn’t Call Scenario #3: He Couldn’t

As I mentioned before, there are plenty of reasons why he didn’t call – and many of them may be valid. I also mentioned that these usually only occur in the early stages of a relationship, since it’s pretty rare for partners to not keep in constant contact in the later ones, or at least keep each other updated as often as they can about the occurrences in their lives.

Whatever his reason for not calling may be – a family emergency, health issues, professional commitments, luring Godzilla’s spawn out of city sewers – he will get back to you after dealing with it and you can catch up then. Instead of wondering ‘will he call’, just enjoy your own space and time.

Why He Didn’t Call Scenario #4: It Slipped His Mind

As much as this reason sucks, and you could choose to be mad at us for doing so, all men have their ‘man brain’ moments.

He could have been intoxicated, or in the middle of something important when he told you he would call – and so it’s slipped his mind for the moment. It doesn’t mean that you aren’t important to him, or that he doesn’t want to talk to you, but simply that anything or anyone else apart from the work at hand just doesn’t occur to him. Instead of wondering ‘should I text him first’, just give him space for a while and eventually he’ll remember and get back to you (usually as soon as possible after he remembers).

Why He Didn’t Call You Scenario #5: He’s Trying To Figure Things Out

This one in particular applies to people who’ve been dating for a while. If you’re in the middle or later stages of a relationship, and he hasn’t called you – it’s a sure-shot sign that he’s trying to mull something over. Either something you’ve said or done has upset him, or you’re reaching a commitment milestone in the relationship and he wants to figure things out for himself before he talks to you about it.

In such a case, not calling is either his way to distance himself and cool off, or figure out what he wants. In such situations, it’s best to leave him alone for a few days – hard as this may be for you. After a few days of space, you can text him simply to inquire about his well-being, if you’re getting concerned, so that he understands that you’re just worried about him and not trying to elbow into his space.

Why He Didn’t Call You Scenario #6: He Wants To Feel Committed Yet Independent

This is seen commonly among those in later stages of relationships especially if the couple has been together for a while, but may happen just as easily among those who value their independence too highly from the get-go. It has nothing to do with wanting to spend more time away from you, or wanting to fool around behind your back, or hiding aspects of his life from you. Rather, he feels that he has earned enough of your trust to not need to check in every five minutes. Whatever his current state in life or mind-set may be, he desires the freedom of an individual and doesn’t want to feel like he’s being leashed.

In such a case, he’ll get back to you soon enough and even this desire might pass, as long as you understand his need for space and respect his space accordingly instead of getting upset or offended by it.

Should I Text Him First – Or Not? The Final Answer

While most women jump to the worst conclusions if a man doesn’t call them back right away, the truth is that in most cases – why he didn’t call has nothing to do with you. While we’re attributed to being devious and cunning by a lot of women, men are much simpler creatures that you might think. Oftentimes, all we need is a bit of space to work things out in our head – space that we demand just as much from our family and friends as we do with our partners. If you just give your man a bit of space for a few days without considering him answerable beyond a point, or making a ruckus or threatening to dissolve the relationship, your man will treasure you all the more for it.

If you want my one-size-fits-all answer to this situation: Give him a day or two and then send a flirtatious and light-hearted text. You could sweetly ask about his health, or just shoot the breeze with your message. If you’re worried about being the first one to text – don’t. If the man likes you, he’ll greatly appreciate you giving him his space and then being concerned about him. First, second, or third, the order of texting only matters if the person on the other end isn’t into you. If you get a negative reply, or none altogether, then you finally have your answer to what he feels about you and so you’re free to move on. Chances are, that’s not really what’s going on.