Warning: Declaration of shailan_CategoryWalker::end_el(&$output, $page, $depth, $args) should be compatible with Walker::end_el(&$output, $object, $depth = 0, $args = Array) in /home/customer/www/attractandcaptivate.com/public_html/wp-content/plugins/menu/shailan-category-walker.php on line 0
 Why Guys Lose Interest: 6 Ways to Keep Him Interested - Attract and Captivate 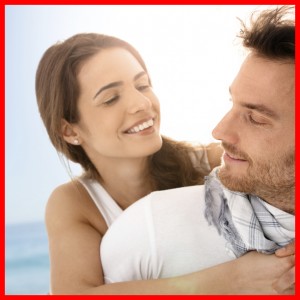 Have you been wondering lately why he no longer calls you, texts, or sends emails? These are all things he used to do to reach out to you in the past, and just when you thought things were going your way – out of nowhere – he stops. At that point, you’re left asking yourself why guys lose interest, and if there’s something you may have done wrong.

The truth is, you probably didn’t do anything wrong at all. It’s actually a common phenomenon among men. And just like thousands of other women out there looking to build healthy relationships, without games or guesswork, you may wonder exactly why guys lose interest when things seem to be going so well, and what you can do to keep him interested.

According to relationship experts, this may just be a normal phase of a relationship. Or, it could be just that he’s simply decided he’s not into you. In either case, understanding different reasons why guys lose interest is important because it can help you prevent being blown off in the future. And if you are still blown off, at least you’ll know why it happened and how to keep him interested.

The top 6 reasons why guys lose interest, and what you can do about it:

A common reason why guys lose interest is that he can tell you’re not on the same page. The best way to combat this is actually to try and only date guys who are at the same point in life as you, and want the same things in a relationship that you do. It’s completely ok to desire a stable and long-term relationship. But to have one, you can’t date a man who isn’t ready or isn’t interest in that type of thing. If you meet a guy, and it doesn’t seem like that’s his intention, then it probably isn’t. And when in doubt, you can always ask him what he wants out of a relationship. The key here is to listen to what he says; and don’t try to fool yourself that after spending a little time with you, he’ll change instantly and all of a sudden want to settle down.

Try to be objective when looking back to figure out if there’s something you did or said that could have upset him. If you’ve made a mistake, then be mature, take responsibility, and give him a heartfelt apology. If this was the reason he’s lost interest, then you owning up to it and volunteering an apology will show him that you are sensitive to his feelings. Neither of you can move forward until the past has been repaired.

He may not have the heart to tell you this, but he may have simply fallen for somebody else. If you haven’t been dating long, this possibility is certainly on the table – sad but true. The best mechanism to prevent this, or counteract it once it’s happened, is to focus on being an incredibly awesome girl. With or without him. Be cool, don’t put any pressure on him, and take a step back from the relationship giving him plenty of space. When you pull back and he sees that you can be happy and relaxed without him, he’ll be back all over you like white on rice.

Hey, it happens. You can’t force the two of you to click, and occasionally a guy will stick around waiting for the sparks to fly, but then they never do. When he finally gives up, unless he’s bold enough to tell you upfront (and most men aren’t), then he’ll just try to fade away without you noticing. If this is the case, don’t take it personally in a bad way. At least he thought you had so many good qualities that he was willing to give it a shot and invest as much time as he did. It’s not his fault, and it’s not yours. The chemistry just wasn’t there. The best thing to do is just move on gracefully, and get excited about having fireworks with the next guy.

You’ve got to have a life of your own, without being too available to him 24-7. If you’ve had sex with him too soon, told him you love him on the 3rd date, and are ready for a ring on your finger after a month and a half, then you’re probably scaring him away. Remember, a little bit of mystery can go a long way. A healthy relationship – especially in the beginning – is one in which you can keep eachother guessing, and thereby keep each other interested.

It’s not a bad thing to “need” a man. But it is a really bad thing to be too “needy.” Do you see the difference? Men love it when you need their help opening the pickle jar every once in a while. But they don’t want you to be non-functional without having him tied to your side all day long. You need to be a strong, independent, fully-functional, happy woman without him. One that occasionally needs a hand reaching something on the top shelf, or moving a piece of furniture.

Men can sometimes be difficult to understand, especially when you’re sensing a blow-off or fade away, which is more common these days than in the past. One thing to always remember though, is that maybe it’s actually for the best. The fade-away is often a result of him simply wanting to avoid an uncomfortable conversation. And hey, is that really so bad? It would have been awkward for you too, right? So give him some space and move on with your life. If he’s the right guy, he’ll appreciate the space and that you are someone who is mentally stable enough not to have a breakdown, then he’ll come running back your way. And if he’s not the right guy, then it’s better to just move on as quickly as possible, and make your life as wonderful as it can be so that you’re ready when Mr. Right finally does come along.