Warning: Declaration of shailan_CategoryWalker::end_el(&$output, $page, $depth, $args) should be compatible with Walker::end_el(&$output, $object, $depth = 0, $args = Array) in /home/customer/www/attractandcaptivate.com/public_html/wp-content/plugins/menu/shailan-category-walker.php on line 0
 What Men Find Attractive and How to Attract Men with These 5 Traits - Attract and Captivate 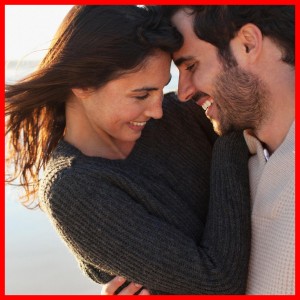 To improve your dating life, you need to first accept the perspective of the other sex. While the opinions of neither sex can be entirely generalized – in terms of appealing characteristics – there are a few common traits that never fail, thanks to the science of how attraction works for men.

Learning how to attract men is simple, believe it or not. The focus lies as much in a man’s mind, as in his body. The key to a successful relationship rests in being aware of these attractive traits, and using them to your advantage.

So, What Do Men Find Attractive?

While this may seem like an obvious answer, since every man likes a beautiful woman, it doesn’t reflect the entire truth. A beautiful woman supercharges a man’s hormones. He feels more self-confident and special when receiving attention from a beautiful woman. However, beauty is a complex thing, and no two men would give the exact description as to what they consider supremely beautiful. The point here isn’t that you need to look like Angelina Jolie to get your own Brad Pitt. You just need to focus on being the best-looking version of yourself when you’re going to be around your man. Start with clean clothes, light make-up if nothing more, a well-planned wardrobe, and attention to your hairstyle and hygiene. After all, if you don’t treat yourself as special, why should he?

Secret to Attractiveness – Trait #2: Be Positive and Make Him Feel Good

Everyone deserves someone who is a positive addition to their life. If you make a man feel good about himself, his attraction to you will increase ten-fold. Small things make all the difference here, so be careful not to create drama over the smallest issues; be sure to compliment your man often; go out of your way to acknowledge his everyday efforts; and don’t be too proud to show gratitude if he does something for your benefit. Be the kind of woman who makes her man feel good about himself when he’s around her. It should be a no-brainer why this will make him want to be with you all the time. While there may be other women sniffing around, this simple trait will cement his feelings and attraction to you and deepen your bond over time. You will become synonymous with ‘feeling good’ and ‘joy’ in his mind.

Secret to Attractiveness – Trait #3: Be Forgiving

While this may seem counter-intuitive, since many women equate easy forgiveness with the surest path to be taken for granted, the ability to forgive scores big with men. If no woman wants a partner who berates them over every little thing, refuses to let go of past fights, and constantly recounts old mistakes – then why should any man? Instead, shrug off the little things, and recognize the value of an apology – even if it isn’t as grand as you’d like – and you’ll be infinitely more attractive. For men, it’s important that their partner doesn’t constantly rock the boat over every little thing and doesn’t sweat the small stuff, so that their journey together can be more pleasant. Be easygoing in small matters, and generously forgiving in larger ones (excluding obvious deal-breakers), and you will be far more attractive in his eyes.

Secret to Attractiveness – Trait #4: Be Confident

I can already feel you rolling your eyes and screaming “Easier said than done!” However, confidence is one of the biggest turn-ons for men. We recognize that many women have insecurities that make overwhelming confidence difficult to achieve. That being said, confidence can easily be faked until it becomes genuine, which does happen over time. And here’s a tip: The only ingredient you need to make it real is not giving a damn about what the world thinks of you. True confidence isn’t about having lots of high value assets, such as looks and money. In fact, the more one peacocks around trying to prove they’re confident, the less likely they are to have any real confidence at all. Instead, confidence is about knowing yourself intimately, accepting your good qualities and recognizing what makes you awesome – without feeling the need to rub that in other’s faces. It’s about freely going after what you want, without projecting that your life depends upon getting it. So get to know yourself better, understand your own strengths, and watch your man’s attraction towards you grow exponentially.

Some women seem to reserve their smiles for the rarest occasions, without knowing that a smile is one of the easiest way to attract men. The way our perception works is that the more a woman smiles, the more likely she is to have a fulfilling social life, because she’s more likely to be an embodiment of the last four traits. A freely smiling woman, to men, means that she’s more confident, seems prettier and more easygoing, which also suggests she isn’t prone to creating unnecessary drama. Instead of being stingy with that smile, break it out often – especially around the man you want to attract. A smile says a lot about a woman – that she’s a positive person, approachable, and interested in him too. Also, the relevance of this smile grows with a deepening bond. After a while, your man will look forward to your smile in his times of trouble. He will take strength from it, since it tells him that everything will be okay. It’s such a simple trait to develop attraction, yet women constantly underestimate the power of a smile. So don’t be stingy – flash those pearly whites often, and watch the attraction grow in any man.

The Bottom Line of What Makes A Woman Attractive:

Men are simpler than women give us credit for. Whether to understand what men find attractive, or even learn how to attract men physically, the answer lies not in deciphering us, but in working on yourself. Pay attention to improving yourself and your appearance for your own sake, smile more and be more forgiving, and you’ll find that you’re happier with who you are, and you’ll feel more confident. Break that misconception of your worth being tied to your man, and keep improving yourself for your benefit and yours alone. That will result in men helplessly flocking to you. These principles of self-improvement are all you need to lead a happier, more self-confident, life. And as you master them, you’ll see your man’s attraction towards you grow stronger each day.