Warning: Declaration of shailan_CategoryWalker::end_el(&$output, $page, $depth, $args) should be compatible with Walker::end_el(&$output, $object, $depth = 0, $args = Array) in /home/customer/www/attractandcaptivate.com/public_html/wp-content/plugins/menu/shailan-category-walker.php on line 0
 Why Men Pull Away, and What to Do When He Pulls Away - Attract and Captivate 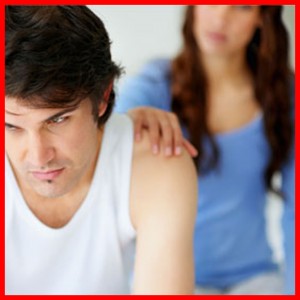 It happens to every female within the dating age, and it leaves them all baffled when it happens. Dubbed the ‘blow off’, this is when men start to pull away or distance themselves from the relationship. One day your chemistry is hot, the next day it’s colder than the North Pole. So what happened? Why do men pull away?

One reason why men pull away that you should keep in mind is simply because males are more reluctant to commit than women. When the relationship reaches a certain point, males find themselves experiencing a panic attack as they contemplate their next action. Should they move forward to a more serious relationship or should they break it off altogether? Undecided, males suddenly use the cool’ approach that makes them seem detached’ from the relationship while still being present during dates.

Why Is This Happening?

In one word: pressure. Males experience the pressure of having to make this pivotal decision in their lives. Should they hold on to this great girl or do they value their freedom too much?

It’s important to note that this isn’t just all in the guy’s head. Scientists have noted than when males are feeling pressure over the relationship, hormones like testosterone start to decrease. The result: even worse feelings of panic that makes them want to draw out, pronto!

What to Do When He Pulls Away?

The good news is that just because he feels pressured doesn’t me he doesn’t like you back. Males are naturally inclined to preserve their freedom but given the chance, they will come around. As it stands, there are actually things you can do to stop him from pulling away and move forward with the relationship:

Mars and Venus Approach – taken directly from the author of the bestselling book Men are from Mars, Women are from Venus, Dr. John Gray states the importance of simply easing up on the pressure. Are you texting him on a daily basis asking about his plans? Are you now in close contact with his friends? Do you “like” his every status update? All these combined together makes him feel pressured, as if you’re hounding his every move and forcing him to make a decision. Stop this and just let the guy breathe and come to conclusions on his own! Both of you should live your lives while still being able to come together and enjoy moments as a couple. You’ll find that this not only relieves the pressure, it makes it easier for him to come to a favorable conclusion.

Appreciation Factor ­– maybe you’ve stopped showing him just how much you appreciate his presence? Guys like to know that the women in their lives are their biggest fans and in return, he’ll be your biggest fan too! Once you waver however, he’ll waver too and start to lose interest. It happens in all relationships – even if the couple has been married for years! Men automatically gravitate to the women that appreciate them the most.

Other Reasons Why Men Pull Away

Of course, detachment in males can’t always be attributed to the “pressure” he feels about the relationship. In some instances, the guy can be detaching himself because he really is busy. Let’s say you sent him an SMS and it takes him a full hour before replying – don’t panic! You have to let the guy use his hours as he sees fit. Who knows, he might be dealing with a problem at work or a family crisis. Forcing him to pay attention to you in the midst of a problem is a sure way of losing his interest!

Infidelity is also a possibility but hopefully, this doesn’t happen with you! If there is someone else getting his attention however, there are still some things that can be done. You can try improving on yourself and show him what he’s missing, or simply fight fire with fire. It’s a little harder but if you believe he’s worth it, then go for it!

An important part of the battle is knowing when it’s time to accept defeat. If the guy stops contacting you at all, it might be best to just move on and forget about him. Relax – there are lots of guys in the world and you certainly deserve someone better!

To wrap it up, men pull away because they think you’re leading them to a decision they’re not ready to make! Guys can be stubborn and even though they want’ the commitment, they will resist if they feel like you’re coaxing them into it. So what do you do? You lay off the pressure and he stops pulling away! Just show him how fun being with you could be and he’ll come to the same conclusion on his own. When he does – you can be sure he’ll be the one doing all the chasing!